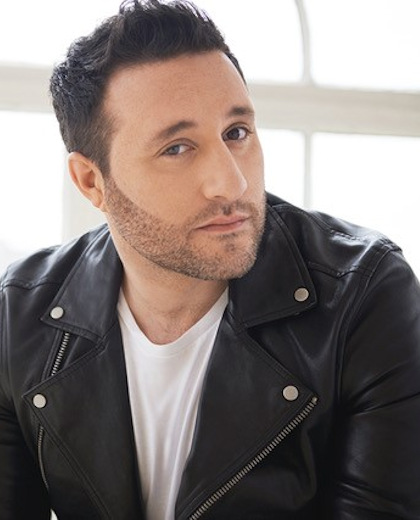 Blue’s R&B-influenced pop sored to success first in the UK and then across the world. The band released their debut single “All Rise” in May 2001 followed by two number 1 singles and three number 1 albums. The album “All Rise” sold in excess of 1.8 million albums in the UK.  Their second studio album, featured “Sorry Seems to Be the Hardest Word”, featuring vocals from Elton John, which peaked at No. 1. Their third studio album, “Guilty” featured vocals from Stevie Wonder and Angie Stone.

The band represented the United Kingdom at the 2011 Eurovision Song Contest in Düsseldorf, Germany with the song “I Can” coming in 11th place with 100 points. Blue released their fourth studio album, “Roulette” on 25 January 2013 and the group confirmed they were joining The Big Reunion tour reforming six groups including Liberty X, Atomic Kitten and 5ive.

In 2017, Antony showcased in the role of Roger Meadows in the UK number 1 tour of A Judgement in Stone, his third time working with legendary producer Bill Kenwright after spending 2016 starring as Milton in Save the Last Dance and having starred as Mickey Johnson in the West End production of the long-running musical Blood Brothers.  He has also starred in the 10th anniversary tour of Boogie Nights, the 40th anniversary of the Who’s iconic musical Tommy (Blackpool Opera House), Popstar: The Musical (UK Tour) and the Extra Factor (UK Tour).

Antony is a Pantomime stalwart favourite up and down the country having lead the cast in Jack And The Beanstalk twice; Aladdin, twice; Cinderella and Beauty and the Beast.

Antony’s television credits include Casualty, Holby City and Deckies.  He has also appeared as a contestant on the 2005 series of I’m a Celebrity… Get Me Out of Here.