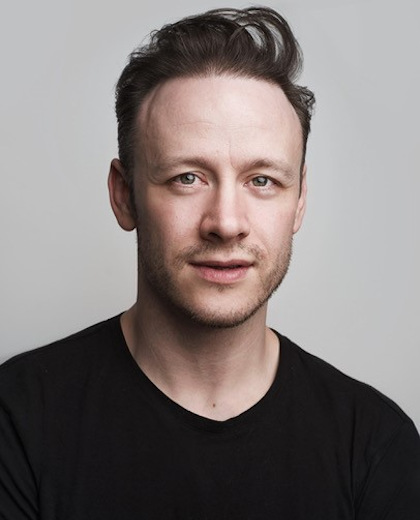 Growing up in Grimsby, England, Kevin trained from a very young age in Ballroom and Latin. His parents, former World Champions – Keith & Judith Clifton – taught him all he knows at The Clifton Academy in Grimsby. In his early career, he became the Youth World Number 1 and won the British Latin Championships 4 times. Branching out from the UK, Kevin won numerous International titles in countries such as Spain, Portugal, Hong Kong, Taiwan, Singapore, Slovenia and many more.

Away from the ballroom scene, in 2010, Kevin made his musical theatre debut in Dirty Dancing the Musical at the Aldwych Theatre in London’s West End. He then went onto become a principal dancer in Burn The Floor Dance Company and performed in the show’s record breaking Broadway run as well as in London’s West End and touring the world.

Following this, after performing in some of the group dance routines in BBC 1’s Strictly Come Dancing, Kevin was invited to join as one of the professional dancers in 2013. His debut was a remarkable success and reached the ﬁnal in his ﬁrst year. After 5 years of Strictly, Kevin has since set a Strictly record by becoming the ﬁrst professional to ever reach the ﬁnal for 4 consecutive years.

In addition to Strictly, Kevin has done nationwide tours with Karen Clifton in 2017 and 2018 of their theatre show, ’Kevin and Karen Dance’.

In 2019, Kevin looks forward to joining the cast of Rock of Ages as the prestigious role of Stacee Jaxx.