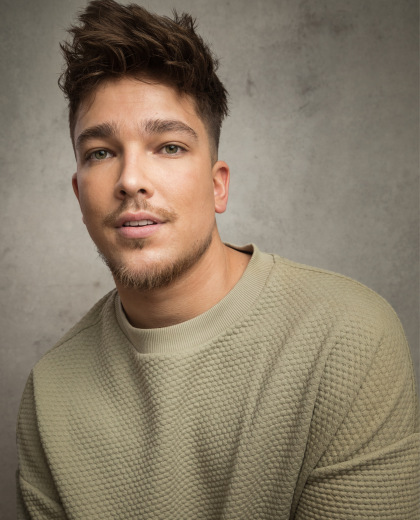 X Factor champion, Matt Terry, has been non-stop since his win, back in 2016. He has been recording and writing music all over the world including Miami, LA, Scandinavia and Spain. He had a top 3 hit with his Ed Sheeran penned winner’s single ‘When Christmas Comes Around’, and featured on Enrique Iglesias’ smash Summer single ‘Subeme La Radio’ with Sean Paul, which spent 14 weeks in the top 10.

His debut album, ‘Trouble’ was released in November 2017 which featured ‘Subeme La Radio’ and the lead single ‘Sucker For You’, which has now been streamed over 100 million times.
Most recently, Matt has been working on his second album, which he is so excited to share with the world!

In addition to music, Matt has also fronted his own radio show for Capital FM and has toured the world in leading roles in ‘Dreamwork’s Madagascar The Musical’ and Broadway’s ‘Dr. Seuss’ How the Grinch Stole Christmas! The Musical’.