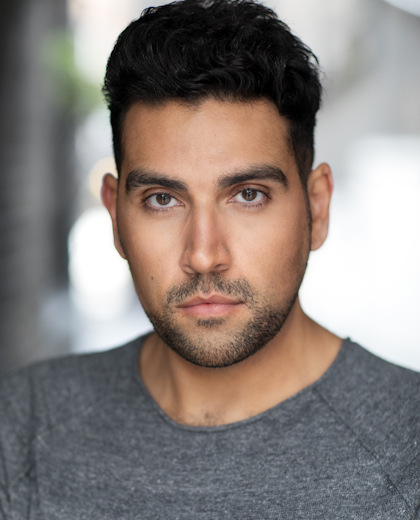 Adam is originally from the North East and trained at The London School of Musical Theatre. Since graduating Adam has performed all over the World. He played a Priest and Understudied the role of ‘Annas’ in the World Arena Tour of Andrew Lloyd Webber’s ‘Jesus Christ Superstar’ and can be seen on the Universal DVD of the show. Adam toured the UK with ‘Joseph and the Amazing Technicolour Dreamcoat’ playing ‘Simeon/Pharaoh’

He often performs with Musical Theatre Supergroup ‘The Barricade Boys’ and joined the group for a special performance at West End Live 2018.

Adam was part 2018/19 tour of  Rock of Ages playing The Mayor/Ja’Keith and played the role of ‘Lonny’ in its final week at the Leeds Grand Theatre.

Other credits include: BBC Proms for Stephen Sondheim’s 80th Birthday at the Royal Albert Hall and Backing Vocalist for ‘Britain’s got Talent’ Semi Finals.

Most recently Adam played the role of ‘Khashoggi’ In the UK Tour of the Queen Musical ‘We Will Rock You’.

After a difficult year for the theatre industry Adam is delighted to return to the Rock of Ages family.

Kevin is best known for being a professional dancer on BBC1’s ‘Strictly Come Dancing’. In seven years on the show […]