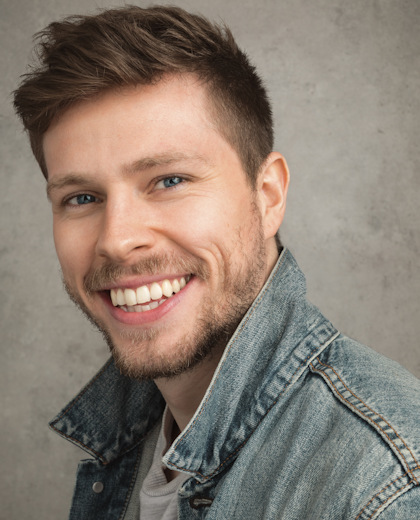 Sam grew up in High Wycombe before studying film & drama at the University of Portsmouth. He then trained in music theatre at the Royal Central School of Speech and Drama.

Sam has been lucky enough to perform all over the world on various cruise ships including NCL, Royal Caribbean and Holland America in their shows and with the guest entertainer favourites; The Flyboys.

Most notably, Sam has performed in Rock of Ages on the NCL Breakaway over 3 years moving through various roles including Stacee, Lonny and eventually Drew for 2 contracts. Sam is incredibly happy to be back to ROA and will forever be found in the Bourbon Room and not even the non-existent security guards could kick him out.

Since our break from the industry, Sam started a business fusing rock music and online workouts with MoshFit. Go and check it out if you want to sweat to headbangers! @moshfit.ldn